Living in the countryside is already at the top of many people’s wishlists. Although it can take some getting used to if you’ve been brought up in the city, it soon becomes second nature and a fantastic way of life. However, there are some times  – only some times, mind – when you may find yourself hankering after the following:

Netflix without the buffering

Perhaps one of the biggest bugbears about living in the countryside is the poor internet quality. Despite the government’s pledges to update all rural broadband, some areas will always be disadvantaged because of the topography of the area. Even if you do get decent broadband speed, architectural details such as old Cotswold stone walls mean that WiFi signals will struggle to reach different rooms. But don’t panic – there are ways to combat these problems with WiFi boosters, or look at hard-wiring all your devices into the router.

Mobile phone signals are notoriously patchy in rural Britain. One minute you can be chatting away quite happily, the next, you’ve lost signal and half way through the call you realise you’ve been giving a soliloquy to your mother-in-law about what the children want for Christmas. No matter where in the house or street you try to position yourself, whether you get a signal or not will be determined by the mood of the mobile phone gods. The good news is that mobile phone companies are spending money trying to make sure every inch of the UK is covered by mobile phone signal in the next few years – in the meantime, invest in a mobile phone signal booster that plugs into your wall socket.

Clean shoes for once

Ah, a difficult one to combat this, especially if you live on a small-holding or farm. Why else do you think rambling old farmhouses have so many small downstairs rooms and acres of stone floor?

The only way to deal with the interminable mud during the winter months is to be prepared for it – have an area where muddy shoes can be kicked off and be religious about cleaning them. If you have an Aga, drying them is easy, otherwise it’s a case of stuffing them with rolled up newspaper by the fire.

Not getting in the car for a day

Another difficult one to get around, especially if you live somewhere remote. Even if you live in a thriving village, there may only be one bus service a day – it’s one a week in my village – and shops may not be in walking distance. On the plus side, that’s when you see communities really pull together – lift shares to town, community convenience stores in the village hall or local pub, and collective milk and newspaper rounds.

Coming from a city of bright lights, the darkness of the countryside can be a stark contrast, especially at this time of the year. With the absence of street lamps, the black skies can feel overwhelming and when the sun sets at 3.30 in the afternoon, can feel never-ending. Getting ready for school or work in the dark in the morning is also rather tiresome but as from 21st December, the future should start to look a little brighter! After midwinter’s day, the nights will start getting longer and there’s a sense of hopefulness that spring is not too far away. In the meantime, make the most of the dark nights to enjoy the stars – it’s a special time of year for star gazing after all – and take daily Vitamin D to combat the lack of sunshine. 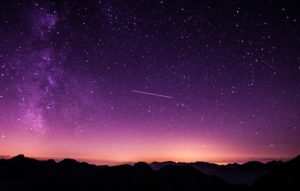 ‘Natural capital’ was a key feature of the gov…

Overage, Clawback – What does it mean ?

Farming is changing – here’s what you need to know

Farming is changing – here’s what you need to know…